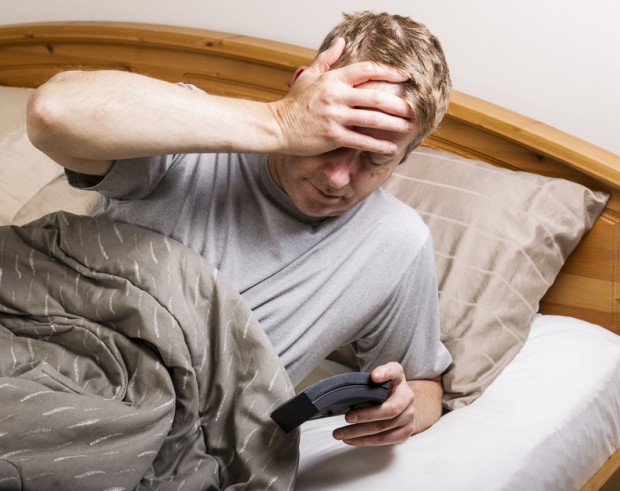 This is Alexis R. with the fourth essay in our series of scholarship winners.

When I was fourteen, my father started to snore when he slept. We found it funny, because my grandfather also had a reputation for loud snoring. Assuming it was merely another similarity between the two men, we didn’t worry about it. But the snoring only got worse and worse. Soon my father couldn’t fall asleep without sounding as if someone was choking him. It was terrifying to be in the same room as him when he slept. Then he started to stop breathing in his sleep. It wasn’t major at first, just a quick stop in the snoring. We didn’t realize what it was; we were simply glad the snoring had stopped. Then it continued, with him stopping breathing for seconds at a time. He would jerk awake, sometimes gasping for breath like he’d run a marathon.

We knew it wasn’t normal, but my family had never heard of sleep apnea, and so we had no idea what to do. My father grew angry and moody from lack of sleep. He’d wake up six or seven times in the night, gasping for breath like a dying man, waking my mother up as well. Tensions rose, and soon my father started to have blood pressure problems. He’d grow red-faced at the least provocation when he used to have almost dangerously low blood pressure. All of it came to a head when he fell asleep at a family gathering and the rest of my family experienced his snoring and waking. My aunt, a nurse, was the first one to mention sleep apnea as a possible cause. We jumped on it, and convinced my reluctant father to go have a sleep study done in order to finally figure out what was wrong and how to fix it.

When the results came in, it was a definitive answer. Yes, my father had sleep apnea. Yes, he actually was choking when he snored like he had been. And yes, his breathing completely stopped for an average four seconds, six times a night. He was only completing one or two sleep cycles a night on average, and this was causing all of the symptoms he’d been experiencing. The doctor told us that my father would have to start losing weight—the weight on his neck was effectively choking him when he lay down to sleep. In the meantime, the doctor prescribed a CPAP breathing machine that would pump air into his lungs, getting much needed oxygen to his brain and into his blood.

My mother and I were thrilled there was a solution to his problem. My father was not so enthusiastic. “It looks like something that comes down from the top of an airplane when you’re about to crash,” he complained. “It looks like a torture device.” He was completely fine with going on a diet and beginning to exercise to lose the weight on his neck, but he refused to use the CPAP machine. His efforts to lose weight were interrupted however by his high blood pressure. It became clear to even him that if any of us were to get some sleep, he needed to wear the CPAP machine at night. It took a few months for us to see real changes in my father’s behavior. He didn’t always wear the machine, and he complained the entire time. But we saw a difference on the nights he did wear it, and soon the nights he wore it began to outnumber the nights he didn’t.

After five years of using the CPAP machine, my father had lost enough weight that his sleep apnea had almost disappeared, even without his using the machine. He still has the machine, and uses it occasionally to this day. Now, according to him, he was always for using the CPAP machine, and he earnestly speaks on its behalf to any of those daunted by the prospect of its use. Sleep apnea is a problem that not only affects the individual, but the entire family unit. It can cause rifts between spouses, cause anxiety in the children of those who suffer from it, and cause entire families to become depressed. In my experience, anyone with even a suspicion that they or a family member may have sleep apnea should see a doctor immediately. Early action can be the best prevention, and it will prevent possibly permanent side-effects.