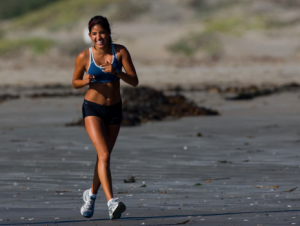 People with untreated sleep apnea generally don’t feel well when they wake up in the morning. They’ll have headaches that may last throughout the day, and they’ll generally display signs of irritability. Often, these people will fail to remember critical details, and they might struggle to focus while at work or when they’re driving. It’s not uncommon for untreated sleep apnea victims to experience sore throats throughout the year, even when it’s not peak cold and flu season. At night, they may experience frequent urination and possibly sexual dysfunction. Some people even experience depression.

These symptoms are just some of the effects that people may feel each and every day. While none of these difficulties are pleasant they’re actually only the start to the problems that sleep apnea sufferers may experience. Long term, the consequences of sleep apnea are even more unpleasant, and range from mental difficulties to serious health problems.

Mentally, an untreated patient’s quality of life will be lower than a normal individual’s. Sleep apnea sufferers often find themselves too fatigued to do basic activities, like exercising or attending events. They’ll constantly try to take little naps, but won’t ever really feel any relief. Constantly tired, they’re rarely in a great mood, which is unpleasant and can often lead to difficulties in their personal relationships. They feel more argumentative than typical and will be tougher to negotiate with than they might be otherwise. Over time, their cognitive function will decline, which will only further frustrate that person.

Physically, the long term effects are even more damaging than basic cognitive difficulty. Over time, the lack of oxygen in the body – and the daily build-up of carbon dioxide – will contribute to a number of significant health problems. Commonly, patients with undiagnosed sleep apnea will develop hypertension, otherwise known as high blood pressure. Hypertension often develops alongside other heart-related maladies, including general heart disease. A person’s capillaries may restrict over time, which makes it more difficult for the heart to push blood through the lungs. Patients with sleep apnea suffer an inordinately high number of heart attacks and strokes, and may also be saddled with atrial tackicartia or heart arrhythmias.

Sleep apnea is also correlated with diabetes. In fact, eighty-seven percent of people diagnosed with sleep apnea have Type-II diabetes. This occurs because the body is unable to regulate it’s sugar intake, as the lack of sleep interferes with the brain’s ability to regulate the body’s metabolism. While the inverse isn’t true – having diabetes doesn’t mean that you have sleep apnea or are likely to develop the condition if you don’t have it already – the link between the two diseases is frightening.

The bottom line is that sleep apnea is a serious condition. Not only will it impact the quality of your life as you’re living, but it could lead to a number of debilitating health problems down the road. If you do have sleep apnea, don’t panic: it’s a treatable disease, and with proper therapy, you’ll be able to manage sleep apnea without disrupting your daily routine.