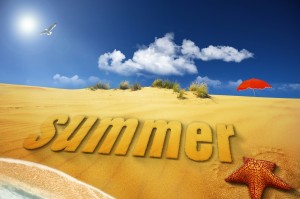 Sleep disorders can plague us any night of the year but new surveys have found that the long days of summer can actually make it more difficult for those with insomnia, sleep apnea and other sleep related disorders get some shut eye. In an article released by UPI.com, Dr. John Wilson ( a neurologist at Gottlieb Memorial Hospital), discusses that these sleep disorders are often difficult to diagnose and that the long daylight hours of summer can make sleeping conditions worse, “The inability to get a good night’s sleep can be a complex issue, and is not as simple to cure as telling people to count sheep.”

Dr Wilson amongst other physicians cited in the UPI article suggest that those having sleeping difficulties in the summer implement nighttime routines such as relaxing roughly one hour before bedtime, removing electronic devices such as phones, TV’s computers and more from the bedroom and avoiding eating 2 hours before bed. You can read the full article at UPI.com
.

Have you found that the summer months make it more difficult for getting sleep? What nightly habits help you get some shut eye?